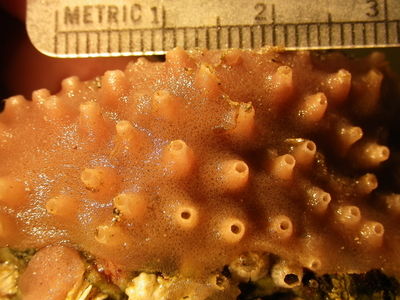 The Name Haliclona permollis is frequently encountered in the literature, but is no longer accepted. It was apparently replaced by:

In the Northeastern Pacific, this species may be most appropriately named Haloclina (Reniera) sp. A in the meantime.

Input and corrections on this page, as on all pages in this section, would be appreciated by the author.