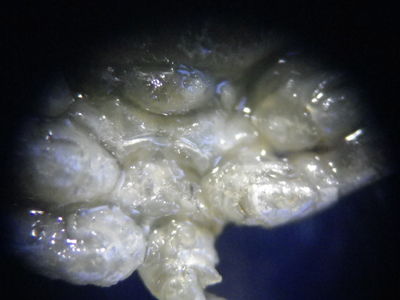 The other look-alike whale lice on gray whales is Gray and Bowhead Whale Amphipod (Cyamus ceti), which is similar but has many more little spikes on the ventral side of the thorax segments. C. ceti also has diramous gills, whereas those of C. kessleri are uniramous (not branched).

It is very easy to think that the hind legs of this animal are its antennae, and that its front end is its rear end.