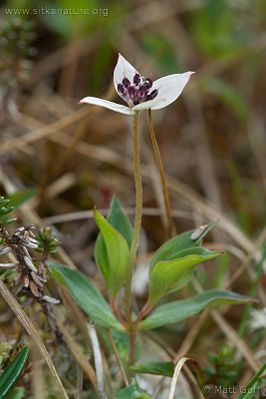 Apparently Southeast Alaska is near the southern limit of this species in western North America, as there appears to be only a single collection from coastal British Columbia (where it is a listed species).