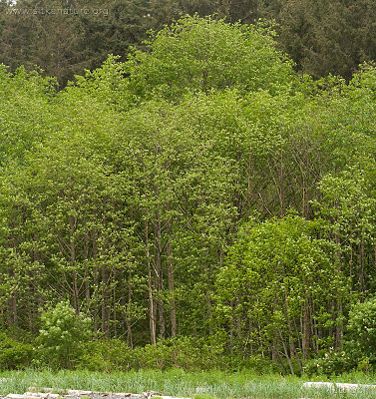 Scattered collections in ARCTOS, mostly from the mainland and inner islands, but also Baranof, Chichagof and Coronation Islands.No collections from Prince of Wales and associated outer islands, nor the northern gulf coast. Presumably it occurs throughout most of the region, though northern Southeast Alaska is considered the northern limit of its range.